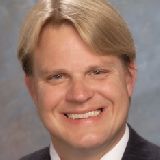 Frank M Bogulski was born and raised in Hamburg, NY along the lakeshore where he enjoyed water sports and played ice hockey. He graduated from Frontier High School and received a United States Army ROTC scholarship to attend Cornell University. While at Cornell, Frank studied economics and business and received a Bachelor of Science degree in Industrial and Labor Relations. He was active in the Army ROTC program and completed the United States Army Advance Camp at Fort Brag, NC. Following his educational career at Cornell, he was commissioned as a United States Army officer and served in the military police. He served as military police at Fort McClellan, AL and then entered the NY Army National Guard to serve until 2001 .

Frank also worked for CSEA union, New York’s largest public employee union, as a labor relations specialistrepresenting workers, contract negotiations and other labor relations problems. Mr. Bogulski began his studies at theUniversity at Buffalo Law School in 1998 and graduated in 2001 . He received the American National Bar Association Award for excellence in the study of Labor Law.